Pompeo Traveling To North Korea For A Third Time 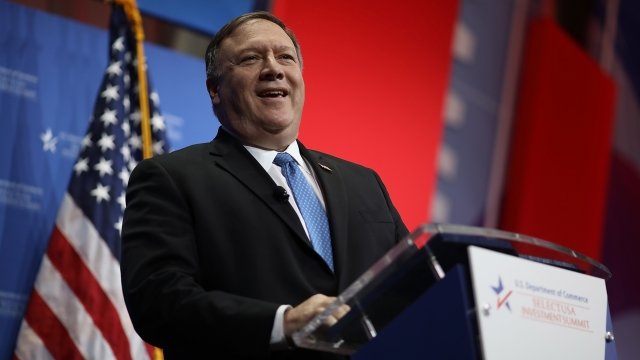 The White House confirmed that Secretary of State Mike Pompeo is traveling to North Korea later this week.

He's scheduled to fly there July 5 to meet with North Korean leader Kim Jong-un and some of his officials.

It'll be Pompeo's third known trip to the country, and his first since Kim met with President Donald Trump in Singapore last month.

Prior to that report, Pompeo told CNN he didn't plan to enforce any specific timeline on negotiations with North Korea. But he did say he will "constantly reassess" whether North Korea is taking steps to get rid of its nuclear weapons.

The State Department said that after his trip to North Korea, Pompeo will travel to Tokyo to meet with Japanese and South Korean leaders.