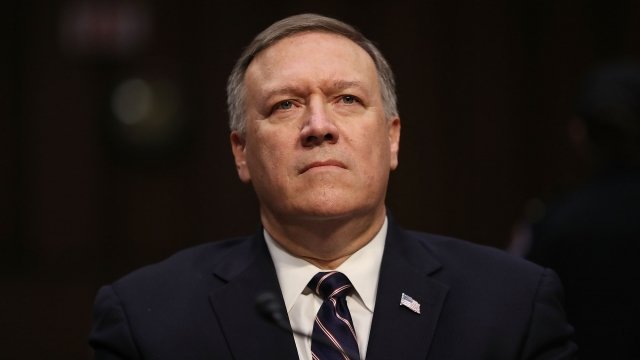 "I spoke with special counsel Mueller, who interviewed me, requested an interview; I cooperated," Pompeo said.

The issue came up during Pompeo's confirmation hearing to become the next secretary of state.

But he declined to discuss the details of that interview while the investigation is still underway.

Pompeo also refused to talk about a conversation he reportedly had with President Trump last year about then-FBI Director James Comey's Russia probe.

According to a report from The Washington Post, Trump asked Pompeo to persuade Comey to back off of ex-national security adviser Mike Flynn.

Pompeo said Trump never asked him to do anything "improper" in regard to that investigation.