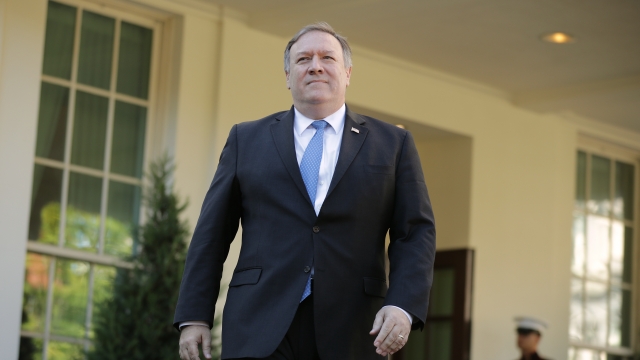 Secretary of State Mike​ Pompeo said he's still in charge of the team leading the U.S.'s efforts to get Pyonyang to denuclearize, despite objections.

Secretary of State Mike Pompeo said Friday he will continue to lead nuclear talks with North Korea, despite the country's objections.

On Thursday, a senior official in North Korea's Foreign Ministry told state media, "I'm afraid that, if Pompeo engages in the talks again, the table will be lousy once again and the talks will become entangled." The official added that he hopes the U.S. doesn't involve Pompeo in future negotiations with the country, and instead opt for a "person who is more careful and mature in communicating with us."

When asked, Pompeo told reporters Friday that "nothing has changed" and that he was still in charge of the team leading Washington's efforts to get Pyonyang to denuclearize.

The North Korean official's comments came shortly after the country announced it had test-fired a "new tactical guided weapon."

President Donald Trump has met with North Korean leader Kim Jong-un twice now, but their last meeting ended on a bit of a sour note when they couldn't come to an agreement. Since then, North Korea has threatened to end denuclearization talks with the U.S., and there have been numerous reports that North Korea is rebuilding some of its rocket sites. Kim said last week that he'll give the U.S. until the end of the year to decide if there will be a third summit.