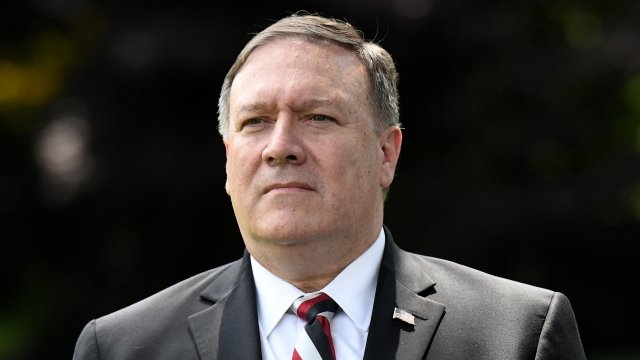 U.S. Secretary of State Mike Pompeo said Thursday that sanctions against North Korea will only be lifted once it gets rid of all its nuclear weapons.

"For us to move forward together and fundamentally reshape the relationship between the United States and North Korea — verification is central to that. Complete denuclearization certainly encompasses that idea very clearly," Pompeo said during a news conference in Seoul.

But on Wednesday, North Korean state media reported that leader Kim Jong-un and Trump had agreed to a "step-by-step" process. Some outlets suggested this meant the U.S. would grant concessions gradually to North Korea.

Trump and Kim held a summit in Singapore on Tuesday. Those unprecedented talks ended with Kim recommitting to "complete denuclearization" and Trump pledging "security guarantees" to North Korea.

The statement the two leaders signed did not lay out specifics for how North Korea planned to get rid of its nuclear weapons and how that dismantling process would be verified.