Pompeo Visits North Korea To Hammer Out Specifics Of Denuclearization 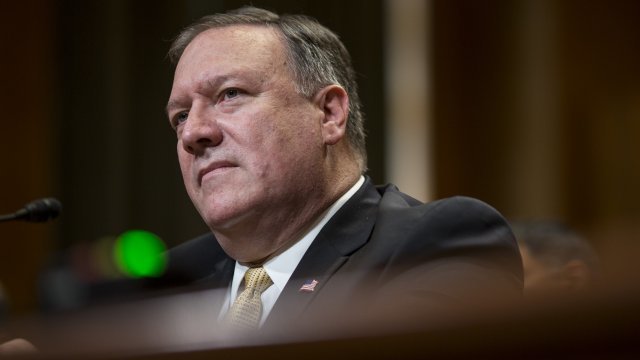 SMS
Pompeo Visits North Korea To Hammer Out Specifics Of Denuclearization
By Matt Picht
By Matt Picht
July 5, 2018
Secretary of State Mike Pompeo is heading to North Korea again to nail down some specific commitments on the North's nuclear program.
SHOW TRANSCRIPT

President Trump and Kim Jong-un have both agreed to work to denuclearize the Korean Peninsula. But what that denuclearization actually looks like is going to depend a lot on U.S. Secretary of State Mike Pompeo.

Pompeo will be in North Korea this week for more talks, and is facing pressure to return from those negotiations with solid progress towards a path to disarm North Korea's nuclear weapons.

Pompeo's first step will likely be asking North Korea for an honest assessment of all of its nuclear and missile program assets. That'll give the U.S. a framework to figure out how best to dismantle those programs.

The U.S. also needs to figure out a way to make sure North Korea's keeping its word. That job usually falls to the U.N.'s International Atomic Energy Agency, which was kicked out of North Korea in 2009 after negotiations broke down. 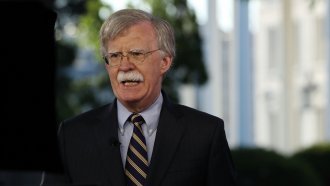 Pompeo might also work on nailing down some of North Korea's recent promises. Those include Kim's oral agreement to dismantle a nuclear engine test facility, as well as the long-delayed return of remains of U.S. soldiers who died in the Korean War.

For its part, the Trump administration seems to have budged a bit on its hardline stance for immediate North Korean denuclearization. The administration has reportedly retired its oft-repeated demand for "complete, verifiable and irreversible" nuclear disarmament.