Pompeo Pushes Back On Requests In House Impeachment Probe 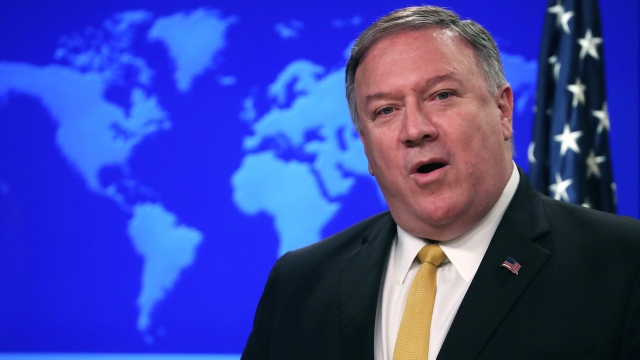 Secretary of State Mike Pompeo is pushing back against congressional requests linked to the House's impeachment inquiry.

The House committees on Intelligence, Foreign Affairs and Oversight want to interview five current and former State Department staffers, and the chairmen set a date for each one of them to give a deposition.

But in a response letter Tuesday, Pompeo said the committees' request is not feasible, and he accused them of trying to bully career State Department employees.

The secretary said the deposition dates the committees picked gave the five staffers a "woefully inadequate" amount of time to prepare. He listed a handful of other complaints, including an accusation that the committees are trying to block State Department lawyers from being present.

Reps. Eliot Engel, Adam Schiff and Elijah Cummings, the committees' chairmen, responded to Pompeo, saying they expect the full cooperation of the State Department. They said, "Any effort to intimidate witnesses or prevent them from talking with Congress — including State Department employees — is illegal and will constitute evidence of obstruction of the impeachment inquiry."