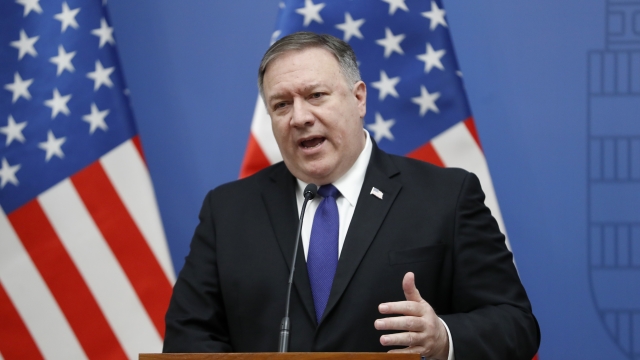 SMS
Mike Pompeo Reportedly Declines To Sign Afghan Peace Agreement
By Alec Larson
By Alec Larson
September 4, 2019
The move wouldn't dissolve the pact, but it may show that some U.S. officials still have doubts about it.
SHOW TRANSCRIPT

An exclusive report from Time has revealed that U.S. Secretary of State Mike Pompeo has declined to sign an Afghan peace agreement. That move won't dissolve the pact, but it may show that some U.S. officials still have doubts about it.

The news comes just days after U.S. Special Envoy Zalmay Khalilzad told Afghan media that the U.S. and the Taliban had reached an agreement "in principle." He added that the deal wouldn't be final until President Trump has agreed to it.

According to Khalilzad, the current terms of the agreement would include the withdrawal of around 5,000 U.S. troops from five bases in Afghanistan over the course of 135 days. This would be contingent on the Taliban meeting certain conditions expressed in the draft agreement.

Pompeo might not be alone if he has reservations about the deal. The Afghan government recently expressed concern about the potential risks of the deal.

And the Atlantic Council released a letter earlier this week from a group of former U.S. diplomatic officials who cautioned that "it is not clear whether peace is possible" and that "there is an outcome far worse than the status quo, namely a return to the total civil war that consumed Afghanistan."