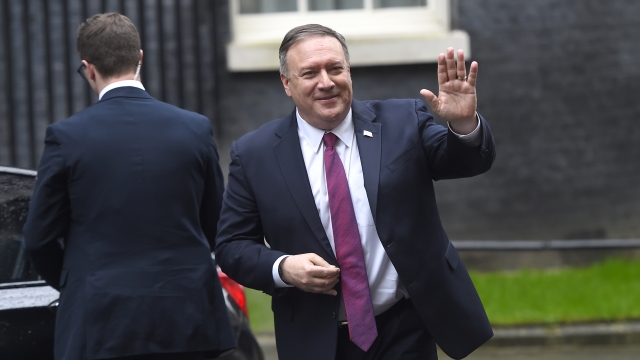 Secretary of State Mike Pompeo said the decision to deny NPR press credentials for his overseas trip to Europe sends "a perfect message about press freedoms."

The timing of Michele Kelemen's removal from the trip sparked wide criticism. It came days after Pompeo got into a heated exchange with a different NPR host who questioned him on Ukraine.

That host  — Mary Louise Kelly — said she was later pulled into Pompeo's private office, where he cursed at her over her questions. Pompeo, meanwhile, said the interview showed "how unhinged the media has become in its quest to hurt President Trump and this Administration."

According to Reporters Without Borders, journalists are often arrested in Uzbekistan, Belarus and Kazakhstan, where the governments all maintain tight control over portions of the media.

All three countries were ranked near the bottom of the organization's 2019 World Press Freedom Index.

Additional reporting by Matthew Lee of the Associated Press. Contains footage from CNN.