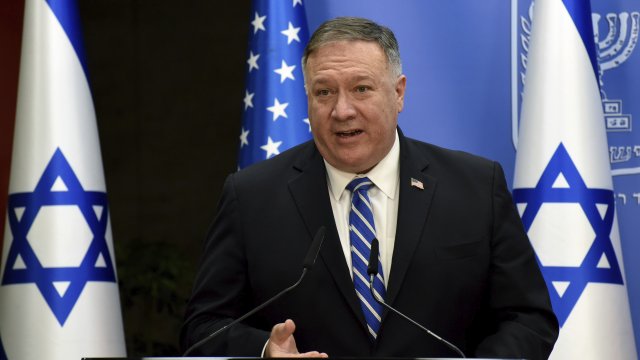 Secretary of State Mike Pompeo reassured Israel it would have a military advantage in the Middle East under a U.S. arms deal with the United Arab Emirates.

After a visit with Israeli Prime Minister Benjamin Netanyahu, Pompeo said the U.S. is required to give a "qualitative military edge."  Pompeo assured Netanyahu this would remain consistent under future deals with the UAE.

A U.S.-brokered deal normalized relations between Israel and the UAE but there has been some concern in Israel over the prospect of a Persian Gulf power obtaining advanced American weaponry such as an F-35 fighter jet.