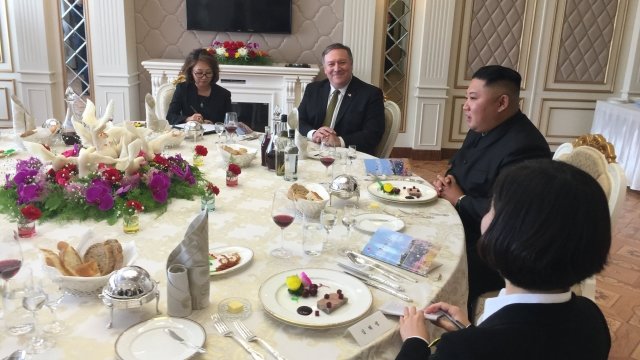 By Cristina Mutchler
October 8, 2018
There's no set date for the inspection yet, but Pompeo said it'll happen as soon as "logistics are worked out."
SHOW TRANSCRIPT

After meeting with North Korean leader Kim Jong-un, Secretary of State Mike Pompeo said the North is ready to take a step toward denuclearization.

Pompeo told reporters in Seoul Monday that Kim has agreed to let a team of international inspectors into a nuclear testing site to confirm it's been dismantled. Earlier this year, North Korea claimed it had destroyed that nuclear facility.

There's no set date for the inspection yet, but Pompeo said it'll happen as soon as "logistics are worked out."

The first summit between the two leaders ended with a pledge to denuclearize the Korean peninsula, through there have been some bumps in the road since then. Trump canceled Pompeo's trip to Pyongyang in August, saying there wasn't enough evidence that North Korea was following through on its part of the agreement.