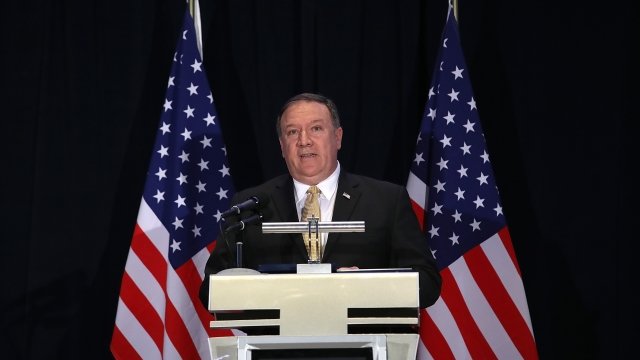 Secretary of State Mike Pompeo made an unannounced visit to Afghanistan Monday.

At a news conference, Pompeo said he'd made the visit to see what progress had been made since President Donald Trump recommitted the U.S. to the war in Afghanistan last year.

Under that new strategy, the Trump administration increased the number of U.S. service members deployed to the region and also boosted airstrikes.

On Monday, Afghanistan President Ashraf Ghani said the recommitment had been a "game changer."

The comments come just days after the Taliban refused to sit down with Afghan forces for peace talks following a brief pause in fighting between the two sides.

This was Pompeo's first trip to Afghanistan as secretary of state. It's part of a larger overseas visit that's so far included stops in North Korea, Vietnam and Japan.