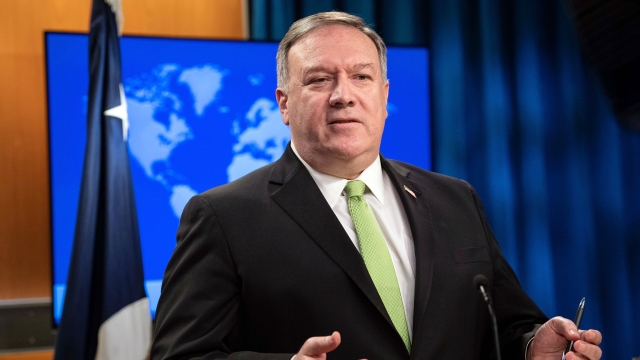 Secretary of State Mike Pompeo announced Hong Kong is no longer autonomous from China, which could threaten its special trade status.

U.S. Secretary of State Mike Pompeo certified to Congress on Wednesday that Hong Kong is no longer autonomous.

President Donald Trump signed the Hong Kong Human Rights and Democracy Act into law last year, and because of it, U.S. officials have to annually confirm to Congress that Hong Kong has autonomy under Chinese rule. Not declaring it autonomous could spell trouble for the region: Hong Kong holds a special trade status with the U.S. that includes certain exemptions that are not granted to mainland China. The Trump administration could take those exemptions away.

In a statement, Pompeo said: "After careful study of developments over the reporting period, I certified to Congress today that Hong Kong does not continue to warrant treatment under United States laws in the same manner as U.S. laws were applied to Hong Kong before July 1997. No reasonable person can assert today that Hong Kong maintains a high degree of autonomy from China, given facts on the ground."

Beijing recently introduced controversial national security legislation for Hong Kong that's sparked widespread protests. The law, which is expected to be approved on Thursday, would let Chinese security agencies crack down on civil liberties in Hong Kong, including freedom of speech. Pompeo has called the proposal a "disastrous decision."