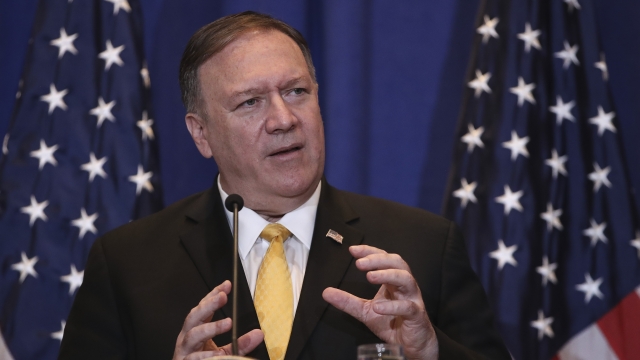 Secretary of State Mike Pompeo will not testify in Tuesday's House committee hearing on Iran.

House Foreign Affairs Committee Chairman Eliot Engel made the announcement on Monday, saying in a statement he was "disappointed and frustrated" by the news.

The committee wanted to hear from Pompeo about the Trump administration's regional strategy with respect to Iran and the Middle East, including its decision to carry out the airstrike that killed Iranian Maj. Gen. Qasem Soleimani earlier this month.

Engel said: "Each passing day raises new questions about the strike that killed General Soleimani. Was there really an imminent threat? Was it part of a larger operation? What was the legal justification? What is the path forward? With the wildly muddled explanations coming from the administration, the Secretary should welcome the opportunity to make the case and answer questions before the American people."

According to a statement from the State Department, Pompeo will be in California until Wednesday "to meet with technology companies and foreign counterparts from Japan and the Republic of Korea."