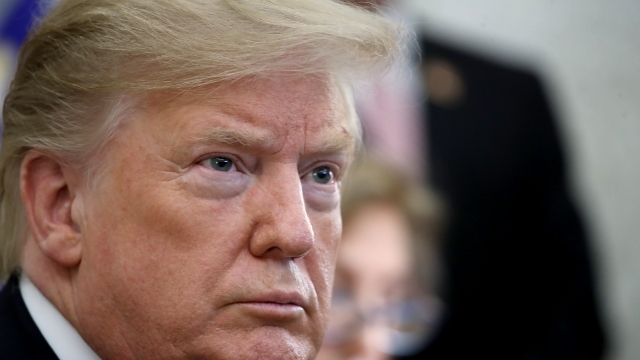 The percentage of American voters who approve of President Donald Trump's performance in the White House has gone down after the release of special counsel Robert Mueller's report.

That's according to a new poll from Politico, which surveyed close to 2,000 voters from April 19 through April 21.

Those results are in line with other recent polls showing drops in President Trump's approval rating after the Mueller report.

But interestingly, public support for impeaching the president has also gone down. The Politico poll showed 34 percent of people surveyed think Congress should start impeachment proceedings, down from 39 percent in January.

Of that 34 percent, here's how that breaks down across party line: 59 percent of Democrats, 31 percent of Independents and 9 percent of Republicans support impeaching the president.

Democratic lawmakers have been split on whether to begin the impeachment process. On Friday, Sen. Elizabeth Warren called for the House to start those proceedings, but the decision ultimately lies in the hands of House Speaker Nancy Pelosi.

On Monday, Pelosi acknowledged the party's division on the matter, and called for continued investigations into Mueller's findings. Mueller's report on Russian interference in the 2016 presidential election didn't find enough evidence to conclude that President Trump's campaign colluded with Russia.

President Trump himself also weighed in on the issue.

Reporter: "Are you worried about impeachment, Mr. President?" President Trump: "Not even a little bit."

It's not clear from recent poll results whether people who support President Trump are starting to disapprove of him. His re-election campaign said Friday that donations went up by 250 percent after the report's release.