Most US Voters Don't Seem To Know Much About Starvation Abroad 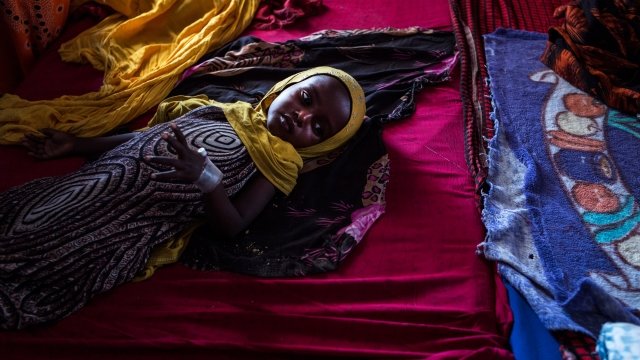 SMS
Most US Voters Don't Seem To Know Much About Starvation Abroad
By Melissa Prax
By Melissa Prax
July 14, 2017
People in countries across the Middle East and Africa are severely affected by hunger, but a new survey suggests many American voters are unaware.
SHOW TRANSCRIPT

A new poll suggests 85 percent of American voters don't know much about countries that face starvation in the Middle East and Africa.

But that doesn't mean the Americans surveyed don't end up caring when they learn more.

A total of about 20 million people endure extreme hunger in Yemen, Somalia, South Sudan and Nigeria.

And when respondents in the poll were told about the extent of the crisis, a majority said it was a global priority.

But from those polled, millennials seemed to think humanitarian aid is more important than other generations did.

And millennials are the only age group who said the U.S. is obligated to aid.

The United Nations said addressing the starvation crisis in those four countries would cost at least $4.4 billion.