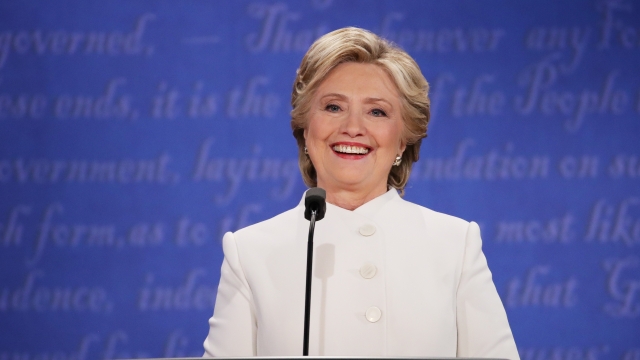 Hillary Clinton has a 12-point advantage over Donald Trump, according to a new ABC News/Washington Post poll.

The poll, released Sunday, shows Clinton in the lead with 50 percent, compared to Trump's 38.

The poll attributes the jump to a growing disapproval for the Republican hopeful and says his recent comments regarding women and his repeated claims that the U.S. election system is rigged seems to have turned some voters off.

In particular, voters responded negatively to a 2005 videotape released by The Washington Post in early October in which Trump can be heard talking about groping women. In the tape, which was filmed prior to his appearance on "Access Hollywood," Trump brags to Billy Bush about kissing women without consent and trying to seduce a married woman.

Voters also seemed to disapprove of Trump's recent comments about the election process. The businessman has spent weeks emphasizing his belief that the U.S. election system is rigged and says if he loses, it's proof the system is faulty. He's even hinted that he won't accept the election results if Clinton wins.

Sixty-five percent of likely voters reportedly disapprove of his refusal to say whether he'd recognize a Clinton win as legitimate. The poll also showed about 59 percent reject the claim that the election is rigged in Clinton's favor.

ABC reports one demographic in particular has backed away from Trump since the comments — women who had previously supported him.

This is a pretty big jump from the Oct. 13 poll by ABC News and the Washington Post, which put Clinton at only a four-point lead over Trump.

But it's important to note that this is really the only current poll showing such a drastic gap between the two candidates. Others have shown the opposite, with Clinton trailing slightly behind Trump.

Still, Clinton is at her highest level of support in any ABC News/Washington Post poll, while Trump is at his lowest.