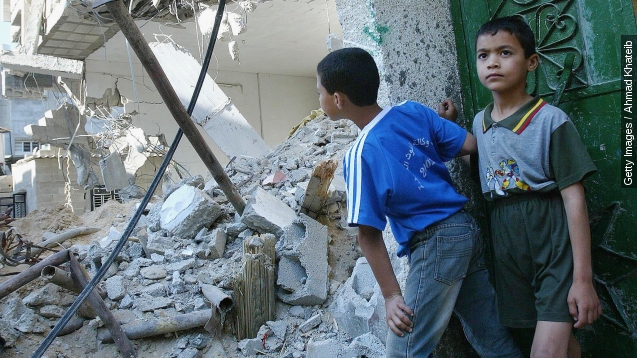 SMS
Poll Highlights Extent Of Israeli-Palestinian Violence
By Melissa Prax
By Melissa Prax
November 12, 2015
A new poll shows that more than half of Jewish Israelis think any Palestinian who has perpetrated a terror attack "should be killed on the spot."
SHOW TRANSCRIPT

More than half of Jewish Israelis believe Palestinians who carry out terror attacks "should be killed on the spot," according to a new poll released this month. (Video via RT)

Since October, the violence has ramped up in Israel. According to Al Jazeera, Palestinians frustrated over what they see as an Israeli occupation attacked and killed at least 10 Israelis. In response, Israeli law enforcement shot and killed nearly 80 Palestinians, most of them suspected attackers.

Wednesday marked the 11-year anniversary of the death of Yasser Arafat, who is known as the father of the Palestinian national movement. Israeli forces met dozens of stone-throwing Palestinians marking the anniversary with tear gas.

A joint statement from various Israeli nongovernmental organizations said arresting terror suspects is better than "shooting to kill" and reprimanded leaders for encouraging the more extreme tactic. That said, there's been no official shoot-to-kill order.

Despite this recent violence, most Jewish Israelis didn't make changes in their daily routine, but half of Arab Israelis did.

This same poll found in September that a majority of both Jewish and Arab Israelis don't believe there can be peaceful coexistence in Israel.