Poll Finds Most Adults Are In Favor Of Powdered Alcohol Bans 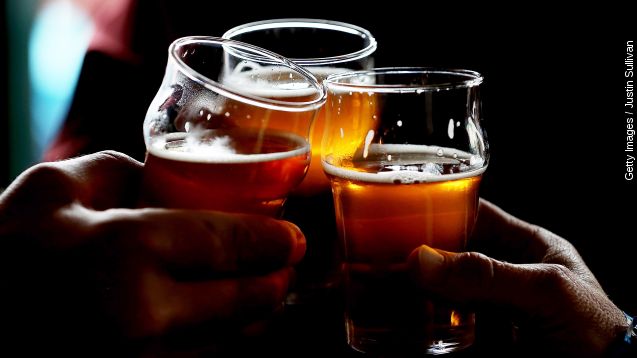 The University of Michigan researchers found about 60 percent of adults are in favor of state-by-state bans of powdered alcohol.

While powdered alcohol's already been approved for sale by the Food and Drug Administration, it's been banned or is on the verge of being banned in several states. Now, a new poll suggests most adults agree with those bans.

Researchers from the University of Michigan found 60 percent of adults surveyed in the U.S. are in favor of a ban on powdered alcohol sales in their states. Additionally, 84 percent are in favor of banning online sales and 85 percent for restricting marketing of the powder on social networks.

"What that suggests is that there is a fairly high level of concern about powdered alcohol especially where kids might get more access to it, for example through online sales and hear about it through online marketing," said director of the National Poll on Children's Health Dr. Matthew Davis.

Powdered alcohol, or palcohol, is exactly what it sounds like — alcohol in powder form. Add it to water and you've got an alcoholic drink. (Video via Chemical & Engineering News)

It sounds almost too easy, right? That's where the concern lies as many believe it could be abused by teens looking to drink.

ABC's Chief Health and Medical corespondent Dr. Richard Besser said, "It's one thing to patrol for cases of beer and bottles of booze, but having to look for little packets? I worry it could lead to more underage drinking, making it easier."

There's other concerns, too, including those who may use the powdered alcohol to spike drinks or snort — two things a tester for Wired believes are unrealistic.

"There's just no way someone would go through this much trouble to spike a drink with an ounce of alcohol. ... You'd have to do these 30 lines to get half a shot of alcohol," Wired writer Brent Rose said.

The University of Michigan survey also found 90 percent of adults believe the substance would be misused by people under the age of 21.