GOP Might Face Its Worst Nightmare: Losing All 3 Government Branches 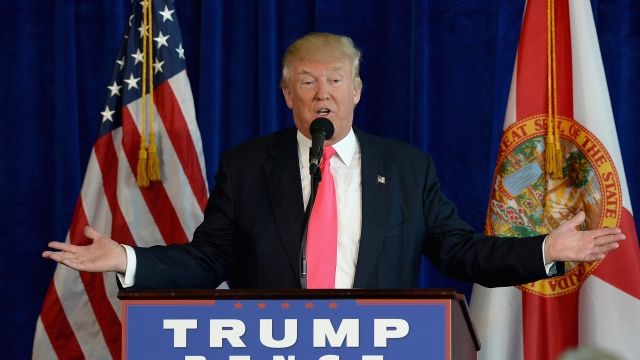 SMS
GOP Might Face Its Worst Nightmare: Losing All 3 Government Branches
By Ryan Biek
By Ryan Biek
October 11, 2016
A recent poll shows the Republican Party might be in trouble –– and not just in the presidential race.
SHOW TRANSCRIPT

Recent poll numbers show Donald Trump and the Republican Party could be in trouble.

After the 2005 Trump tape surfaced, a NBC News/Wall Street Journal poll shows Hillary Clinton with a double-digit lead in the presidential race.

The same poll found when voters were asked which party they'd like to see controlling Congress, the Democratic Party took a 7-point lead.

Losing both the presidency and the congressional majority would be a nightmare for Republicans, especially since Clinton would likely nominate a liberal-leaning judge to the Supreme Court.

Granted, this is only one poll, and much can change between now and the elections next month. But the Republican Party could be in a Catch-22 right now.

Trump may be seen as the biggest reason for the GOP's recent decline, yet a Politico poll found after his lewd comments leaked, almost three-quarters of Republican voters still said they wanted the party to stand behind him.