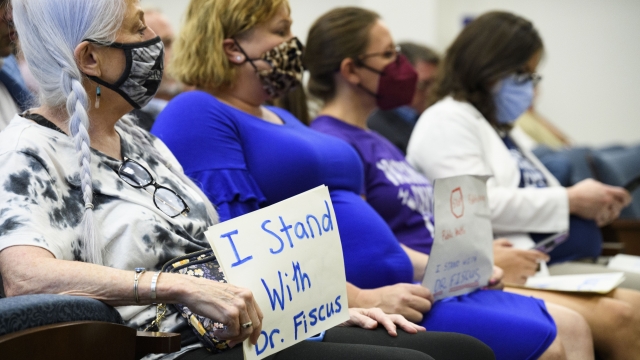 Dr. Michelle Fiscus believes she was fired as the leader of Tennessee’s vaccination program after conservatives blasted her efforts to promote COVID-19 vaccinations for teens.

“That was a huge missed opportunity,” Fiscus said.

It was another complaint of politics getting in the way of handling a disease that has no political stripes.

Tennessee has among the lowest rates of inoculation in the country, something Fiscus said the governor has the power to change.

A 2020 Yale University study found a link between what politicians say about COVID-19 and what Americans do to protect themselves.

Researchers discovered a unified message from government leaders about the effectiveness of vaccines increased the likelihood a person would get one.

“And that cut across Democrats and independents and Republicans,” said Saad Omer, director of the Yale Institute for Global Health.

As the Delta variant fuels an uptick in new COVID-19 cases, and vaccination rates stall, Republican leaders are stepping up their own vaccine endorsements.

“Even now I think it will help to an extent but I think a lot of damage has been done with this polarization,” Omer said.

Politics have colored pandemic response since the outbreak began.

Tennessee is just a fresh example.

Tennessee’s governor has pushed back on claims he played politics with public health, calling his state’s vaccination program a success.

“What we believe to be a success from the administrative perspective is we have access, and everyone can get one,” Lee said of vaccines.

Fiscus said he should be doing more.