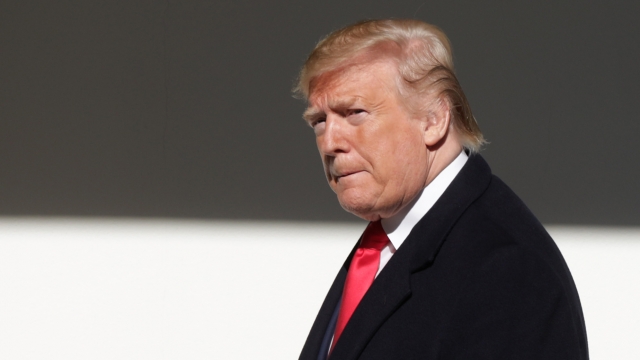 Politico is reporting that President Trump personally intervened to slash federal Medicaid funding for Puerto Rico. The cut is part of the $1.4 trillion spending package the president signed on Friday to avoid a government shutdown.

Democrats and Republicans had previously agreed to provide the U.S. territory with $12 billion over four years. The deal was welcomed by some Puerto Rican officials as they worked toward long-term funding.

But the final package approved by the Senate on Thursday will instead allocate $5.7 billion in Medicaid funding over two years. This deal, critics say, could ultimately just contribute to Puerto Rico's problems, including an ongoing recession and public debt in excess of $70 billion.

Newsy reached out to White House for a response to Politico's report this week on President Trump's alleged involvement in the cuts. The administration replied by resending this earlier statement from the Office of Management and Budget:

"This Administration remains committed to properly prioritizing U.S. taxpayer dollars. Cutting Medicaid funds to Puerto Rico...is a win for President Trump and the American people. With the historical waste we have faced in Puerto Rico, additional funding was not needed or fiscally responsible."

Puerto Rico's nearly 3.2 million residents are American citizens. And the devastation caused by Hurricane Maria in September 2017 further compounded the island's debt crisis, which had been fueled by years of government mismanagement and corruption.

Puerto Rico's Medicaid program serves 1.4 million low-income people. But as a U.S. territory, it receives a smaller share of federal dollars than what is allocated to states. The program has been been relying on a series of short-term funding extensions. It will likely have to cut benefits before the new deal ends in two years.