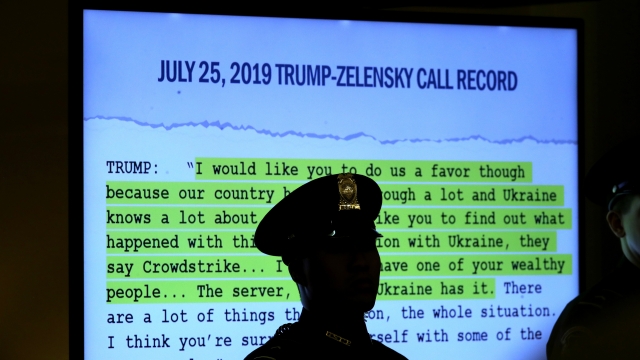 SMS
Politicians Are Using Impeachment-Focused Facebook Ads To Drive Growth
By Tyler Adkisson
By Tyler Adkisson
November 19, 2019
Many political social media ads are intended to drive donations or build up email lists. Impeachment-related ads seem to be especially good at it.
SHOW TRANSCRIPT

During the first week of public impeachment hearings, Democrats and Republicans spent millions of dollars for impeachment-related ads on Facebook. Using impeachments to frame ads appears to work — it can mobilize voters, and bring in a lot of money.

Most of the impeachment-related ads reinforce the same arguments we've heard throughout the process. President Donald Trump's ads frame the proceedings as a witch hunt. Democratic ads from Presidential Nominees Tom Steyer and Elizabeth Warren frame it as a necessary legal measure. But almost all the ads feature some kind of call to action, whether it be through donations or by joining an email list.

These calls to action can cost a lot. According to Facebook's Ad Library Report, during the first week of public hearings, President Donald Trump's official Facebook page paid nearly $800,000 for political ads.

On November 13, the first day of public hearings, the page spent approximately $266,000. The only day that was more expensive this year came on Sept. 26, two days after House Speaker Nancy Pelosi announced the formal impeachment inquiry.

But the ads seem to have paid off. Trump Campaign Manager Brad Parscale tweeted the campaign raised more than $3 million on the first day of impeachment hearings alone.