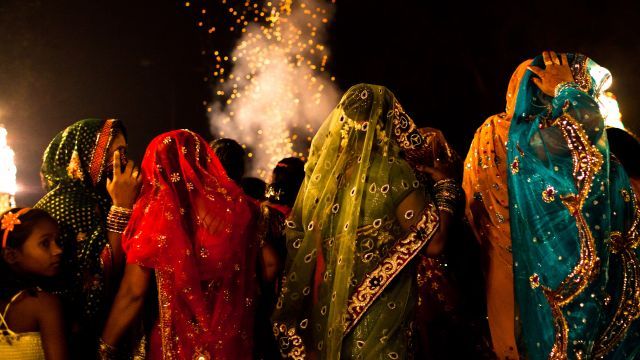 SMS
India Could Make Its Elaborate Wedding Tradition More Inclusive
By Melissa Prax
By Melissa Prax
February 24, 2017
One politician has an idea for taxing big weddings to help out poor families.
SHOW TRANSCRIPT

When a wedding comes with a price tag for tens of millions of dollars, it's not hard to think of what else that money could be used for.

But in India, weddings and marriage are a really big deal — so big that some of those in poverty will go into lifetime debt just to put on a showy ceremony.

But one politician is trying to share the wealth by taxing weddings that top $7,500.

Her legislation aims to funnel tax dollars from massive weddings to poorer families so they can also pay for their weddings.

It's unclear whether Parliament will go for the idea or how it would even get enforced.

Some nonprofits aren't fans. Some say taxes from weddings could also go toward medicine, food or other well-being expenses for poor people.

India has more people living in poverty than any other country.

While some say the legislation is messing with a deep-rooted tradition, others say it could make weddings there more inclusive.