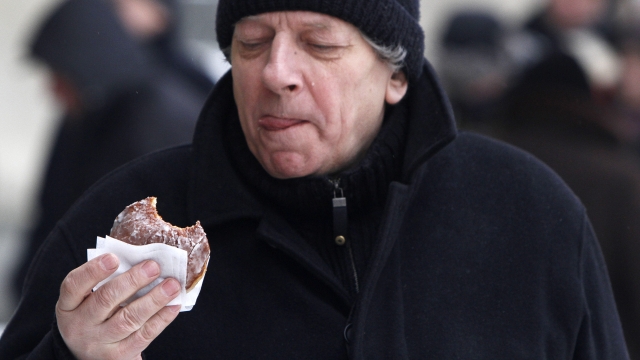 Despite frigid temperatures in Chicago, people are lining up for the traditional Polish pastry called paczki. It's a Fat Tuesday staple and similar to a donut.

The Polish tradition of eating paczki ahead of Lent started in the Middle Ages when butter, eggs and sugar had to be used before fasting. 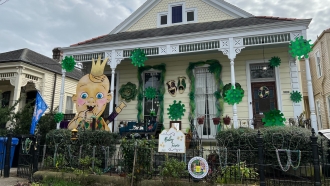 How House Floats Became A New Tradition For New Orleans

The donut-like treats are fried and then traditionally filled with fruit jam, though nowadays we have more to choose from — like chocolate.

Dobra Bielinski is the owner and executive pastry chef at Delightful Pastries in Chicago, where they make about 150,000 paczki a year — the majority of it sold during the week of Mardi Gras.

For more than 20 years, Bielinski has been connecting people through sweets and blending traditional paczki with unique flavors like passion fruit or German chocolate.

Chicago claims to be the largest Polish city outside Warsaw, Poland. Whether that's true or not, the Windy City Fat Tuesday celebration — or paczki day — has received mayoral approval.