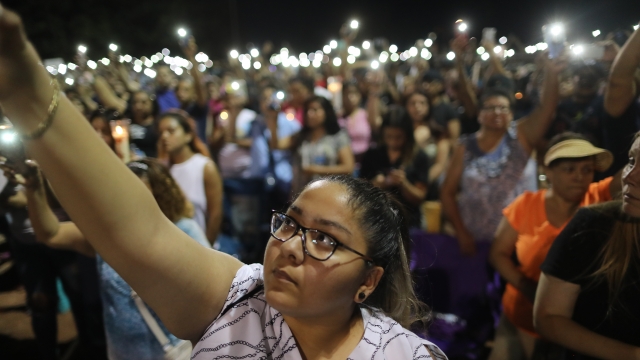 There's no question that the United States has a gun violence problem. What the U.S. doesn't have is a consensus on how to fix it. We're going to look at a few policy suggestions that often come up after a mass shooting.

Arguably one of the most talked-about issues is background checks. Current federal law requires licensed firearms dealers to complete a background check for every sale, regardless of where that sale happens. But that requirement doesn't apply to private sellers, who can sell weapons online or at gun shows.

Multiple national polls and surveys show that a vast majority of Americans support requiring background checks on all gun sales. The House passed a bill in February that would've done that, effectively closing the online and gun show loopholes. But the legislation is currently stalled in the Senate.

Another common issue is large-capacity magazines. In 1994, the federal Violent Crime Control and Law Enforcement Act banned the manufacture and sale of magazines capable of holding more than 10 rounds. But that law included a sunset clause. It expired in 2004, and it wasn't renewed. Multiple polls from 2018 found that about two-thirds of Americans support banning high-capacity magazines.

Another talking point with more gray area is the issue of mental health and guns. Federal law prohibits anyone who's been "adjudicated as a mental defective" or "committed to a mental institution" from buying or possessing a gun. But the process of getting mental health information into the National Instant Criminal Background Check System is inconsistent. So it's possible for some people with a documented history of mental illness to pass a background check. The issue of preventing people with a history of mental illness from buying a gun is largely supported by the American public.