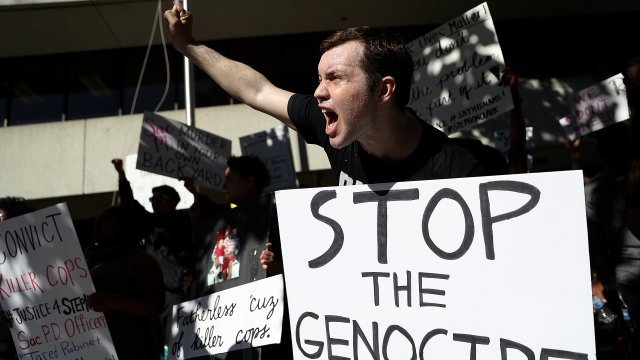 Police violence has dominated headlines, in part because of high-profile police shootings. Now, a national health group, with tens of thousands of members, is calling police violence a public health issue.

The American Public Health Association plans to put out a comprehensive policy statement next year. But the organization's executive director said, "If something hurts or kills people, it's a public health issue. So if police actions cause death or are violent, it’s a public health problem. ... And we know that like other violence, police violence is preventable."

We don't yet know why the APHA decided to call police violence a public health issue, but we do know that there currently isn't a comprehensive national database detailing police use of force. And that can be a problem in developing evidence-based solutions.

As of now, the numbers have come from media outlets and organizations like Mapping Police Violence. The stats show that persons of color, LGBTQ and people with disabilities are often harmed. In 2015, unarmed black people were five times more likely to be killed than unarmed whites. In 2016, 1,093 people were killed by police. In 2018, it's more than 800 people so far. 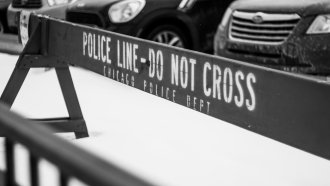 According to the American Journal of Public Health, there is direct pathway between police brutality and health through injury and death. Those pathways include: 1) fatal injuries, 2) psychological stress, 3) stress from racist public reaction, 4) economic and financial strain like medical and funerals bills and 5) systematic disempowerment in the community.

The U.S. Commission on Civil Rights, a bipartisan government agency, has called on Congress to provide more funds for research into how police violence affects marginalized communities. Additionally, the CCR and the APHA have called for building community trust and improving police practices to reduce police violence.