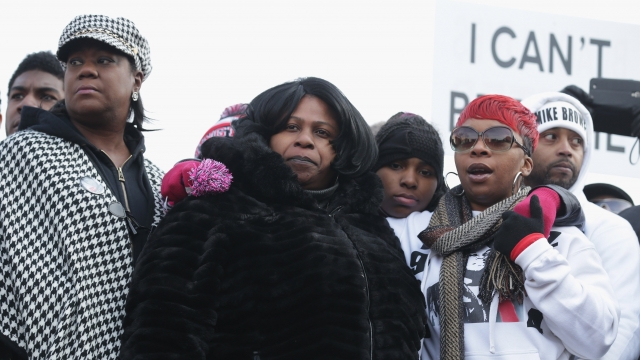 SMS
Police Union 'Helps' Rice Family With Ideas On How To Spend Settlement
By Jamal Andress
By Jamal Andress
April 26, 2016
The family of Tamir Rice and their supporters are criticizing the police union's recent statement and are also questioning the timing of its release.
SHOW TRANSCRIPT

The city of Cleveland and Tamir Rice's family are at odds again, this time over some unwarranted advice from the Cleveland police union, despite announcing a settlement.

In an open letter released Monday, the president of the Cleveland Police Patrolmen's Association said, "We can only hope the Rice family and their attorneys will use a portion of this settlement to help educate the youth of Cleveland in the dangers associated with the mishandling of both real and facsimile firearms."

Rice was shot by Cleveland police while playing with a toy gun in a local park.

The Rice family and their supporters are calling the statement victim-blaming and are questioning the timing of its release.

And the Rice family attorney is calling the letter and the union "tone deaf" and said the comments "suggest that [the] union still doesn't comprehend that Cleveland's police division needs a complete cultural transformation."

The Rice family agreed to a $6 million settlement with the City of Cleveland, which absolves the police and the city of any wrongdoing. The Rice family hasn't said what it actually plans to do with the money.

The video includes clips from WEWS and images from Getty Images.