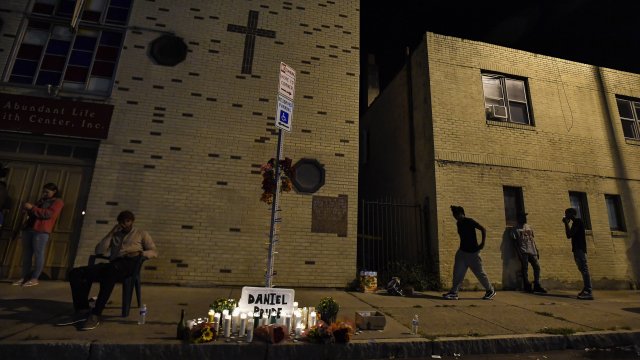 SMS
Police Union Defends Officers In The Death Of Daniel Prude
By Newsy Staff
By Newsy Staff
September 4, 2020
The head of the Rochester police union has defended the suspended officers' actions after the detention and subsequent death of Daniel Prude.
SHOW TRANSCRIPT

On Thursday, the mayor of Rochester, New York, announced suspensions with pay for the seven police officers involved in the death of Daniel Prude. This comes after body camera footage of the encounter surfaced.

On March 23, police searched for Daniel Prude after he left his brother's home, hours after receiving a mental health evaluation at a hospital.

Officers found Prude naked on the street while trying to detain him.

Police put a spit bag over his head and pressed on his face until he passed out.

He died in the hospital seven days later.

Mayor Lovely Warren said she understood the police union might sue over her decision to suspend the officers.