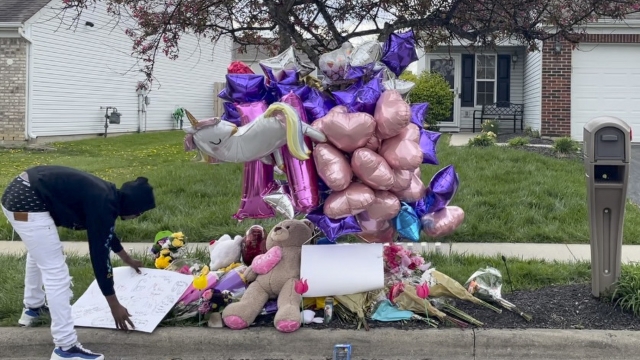 SMS
Six Shootings By Police Occur In 24 Hours After Chauvin Trial Verdict
By Alex Arger
By Alex Arger
April 24, 2021
Less than 30 minutes before the verdict, Ma'Khia Bryant was shot and killed by police.
SHOW TRANSCRIPT

In the hours before and after the man charged with killing George Floyd was pronounced guilty, a blitz of police shootings occurred across America.

This story may be graphic and hard to watch for some viewers.

Less than 30 minutes before Officer Derek Chauvin was convicted in Minneapolis, a Black 16-year-old, Ma'Khia Bryant, was shot at four times by a police officer in Columbus, Ohio. She was killed by the responding officer as she aimed a knife at a young woman during a fight. Bryant's family say Bryant actually had been the one who called police - asking for help against others trying to fight her.

"We have to recognize that to our Black friends and neighbors, this is yet another grievous emotional wound, on top of so many that have preceded it- some local, some national," said Columbis public safety director Ned Pettus Jr.

In the 24 hours after jurors reached the decision in Chauvin's case, at least six more people were fatally shot by officers across the U.S.

42-year-old Andrew Brown Jr. was shot and killed when deputies in North Carolina were trying to serve a felony drug warrant. One eyewitness said he was shot dead in his car as he tried to drive away.

"He didn't even carry a gun," said Demetria Williams, a witness. "You know they can bring up his past but he wasn't even a violent person at all."

The circumstances among each deaths differed. Some happened when officers were investigating serious crimes. Some of those killed were armed. Details were sketchy in other cases.

In Columbus, some people who witnessed Bryant's death yelled at the officer: "You didn't have to shoot her!" and "You ever hear of de-escalating?"

Police called her death  a tragedy, but they point to laws allowing police deadly force to protect other human lives - and Bryant was wielding a knife during a fight.

The National Fraternal Order of Police president said it was, "yet another demonstration of impossible situations" and that it was "an act of heroism."

"So our focus is on working to address systemic racism and implicit bias head on, and of course to passing laws and legislation that will put much-needed reforms into place at police departments around the country.”

The seven police shootings remain under investigation. No charges have been filed against any officers.