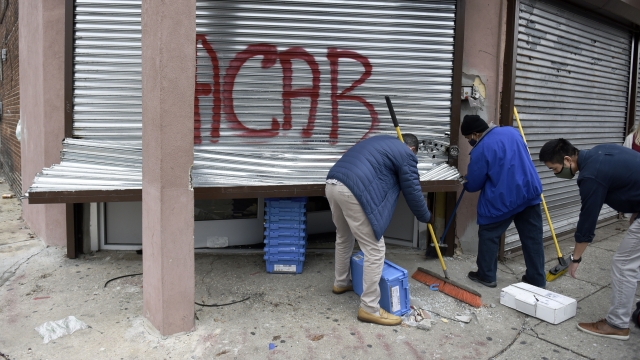 Wallace reportedly had a knife when he approached officers before they shot him "multiple times."

Hundreds of people took to the streets of West Philadelphia to protest the killing. Police cars and dumpsters were set on fire as police struggled to contain the crowds.

Authorities say 30 officers were injured, including one who was hit by a car and suffered a broken leg.

Dozens were arrested and police say a full investigation into the shooting has been launched.