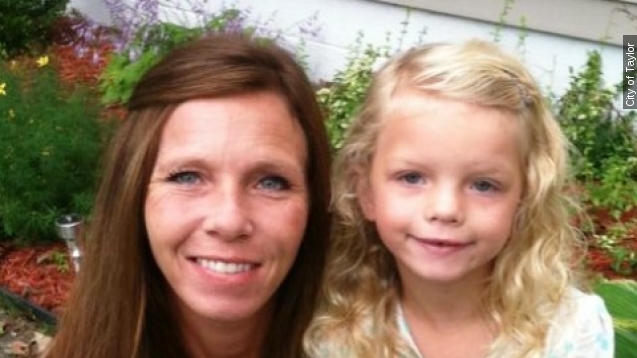 A 7-year-old girl was shot and killed Thursday night in a Detroit suburb after her soccer practice. Her mother is in the hospital and remains in critical condition.

The shooter was a close friend of the family. Police in Taylor, Michigan, say after the man shot Emma Watson Nowling and Sharon Elizabeth Watson, he shot himself with a legally registered firearm.

Police say Timothy Nelson Obeshaw had no previous official diagnosis of mental illness, but there may have been some signs.

"We found evidence that Obeshaw believed that someone was trying to control him through mind control," said Mary Sclabassi, Taylor police chief.

"She spoke a couple of words today," said Pam Watson, Sharon's mother. "She does know that Emma is in heaven. She said, 'I can't talk about it right now, Mom. I know my baby is gone.'"

Obeshaw had been living in an apartment behind the family's home, but moved out a few months ago and regularly watched Emma's soccer games and practices. (Video via WXYZ)