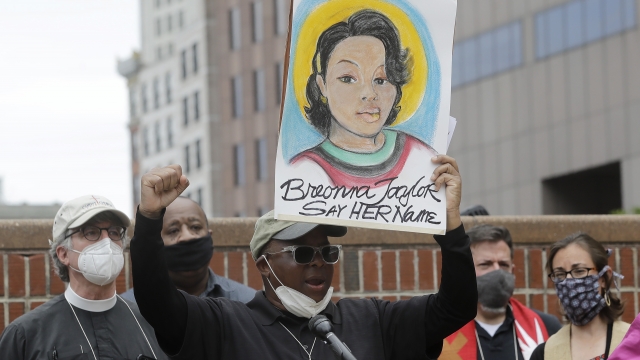 The Louisville Metro Police Department has released an incident report about the night Breonna Taylor was shot and killed.

In March, the 26-year-old Black woman was asleep when three LMPD officers in plainclothes entered her apartment under a no-knock warrant and shot Taylor eight times, killing her.

However, the LMPD document lists Taylor's injuries as "none", and in the forced entry section, the "no" box is checked. There is also "none" typed out under the bias motivation section.

The four-page report, obtained by The Courier Journal, describes the incident as a death investigation and says LMPD was involved. It lists the three officers involved — Sgt. Jon Mattingly, Myles Cosgrove and Brett Hankison — as offenders, while Taylor is listed as a victim.

According to LMPD, the officers were searching Taylor's residence as part of a narcotics investigation. The officers say they announced their entry, but Taylor's boyfriend, Kenneth Walker, and several neighbors say otherwise. The "narrative" portion of the incident report, where officers can describe the night in question, is largely blank. It only says "PIU investigation."

LMPD has commented on the report, saying, "Inaccuracies in the report are unacceptable to us, and we are taking immediate steps to correct the report and to ensure the accuracy of incident reports going forward."