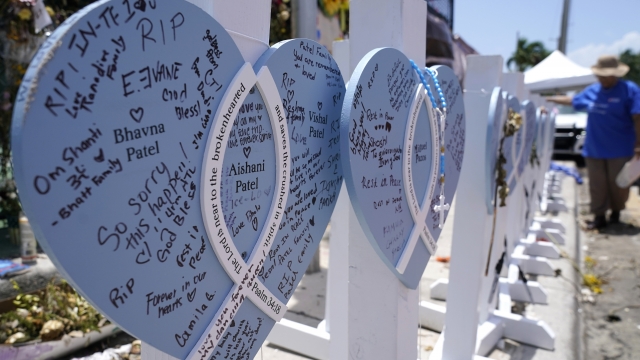 SMS
Police Release 911 Calls After Florida Condo Collapse
By Newsy Staff
By Newsy Staff
July 15, 2021
At least 97 people died in the collapse and some are still missing.
SHOW TRANSCRIPT

Weeks after the deadly Surfside, Florida condo collapse we are now hearing the frantic 911 calls that came in moments after he the building came down.

The calls to dispatchers in the early morning of June 24 show disbelief, panic and confusion as people tried to comprehend what had just happened to the Champlain Towers South building.  At least 97 people have died and several people are still missing.

The calls were released by the Miami-Dade Police Department the same day a judge approved the sale of the oceanfront property with all of the money expected to help victims of the disaster. The site could get $100 million to $110 million, according to court records.