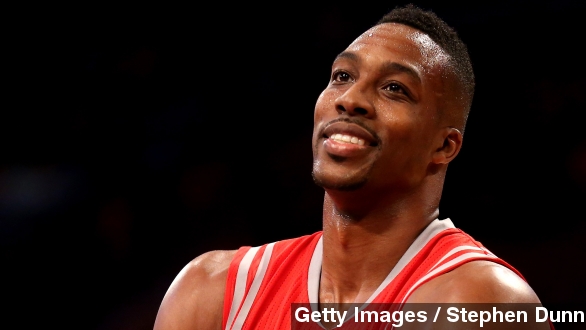 The case stems from an incident last summer when the boy's mother told police Howard beat then-6-year-old Braylon, leaving cuts and bruises on his legs. Howard was investigated by Georgia and Florida police, but the case was closed due to lack of evidence.

Medical records obtained by TMZ Monday were released, showing the Florida doctor who evaluated Braylon said the bruises were "consistent with a medical diagnosis of physical abuse."

And Tuesday, the case was reopened, at least in Georgia.

A Cobb County police officer told NBC, "New information on the case has emerged in the last 48 hours,"  but no details have been released.

Howard's attorney was obviously not pleased with the decision to re-open the case and accused the child's mother, Royce Reed, of "shopping her baseless allegations to Georgia ... even though the allegations have already been found to have no merit."

"It is appalling to see a mother use her son as a pawn against his father in attempt to extract money, which is what is happening in this case."

An NBA executive told USA Today the league is "aware of the allegations concerning Dwight Howard and are in the process of independently gathering the facts."

Howard reportedly told police he disciplined his son the same way he was disciplined as a child, saying he didn't know it was illegal.