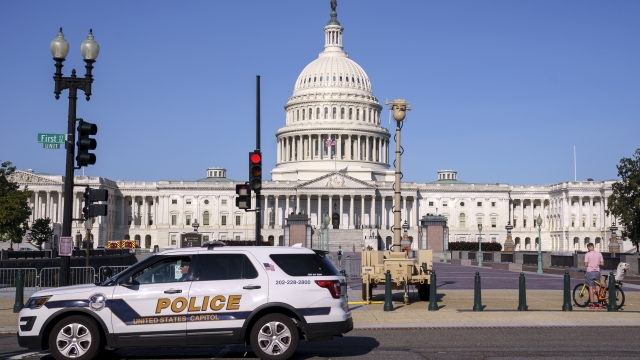 Allies of former President Donald Trump are planning to hold another rally at the Capitol Saturday eight months after the deadly riots on January 6.

The rhetoric ahead of the rally is the latest attempt to explain away the assault and obscure what played out for all the world to see: rioters battling police and attempting to stop Congress from certifying the election of President Joe Biden.

Rally organizer Matt Braynard, a former Trump campaign strategist, has been promoting the event and others like it in cities nationwide, focusing attention on what he calls the “prisoners” being unfairly prosecuted for their involvement in the Jan. 6 riot. 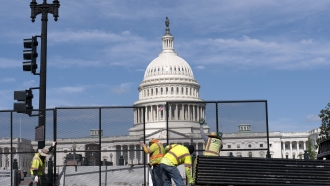 The anticipated crowd size and the intensity of the Saturday rally are unclear, but law enforcement appears to be taking no chances. Security fencing has been requested around the Capitol and reinforcements are being summoned to back up the Capitol Police, whose leadership was criticized for its handling of Jan. 6.

While authorities have been bracing for a repeat appearance by right-wing extremist groups and others who mobbed the Capitol, it's unclear if those actors will participate in the new event.

When the fence first went up around the Capitol after the January attack, it drew heavy criticism from those worried about the message being sent as a symbol of democracy was closed off.

Now, it's increasingly seen as necessary precaution and has been requested by police in preparation for the rally.