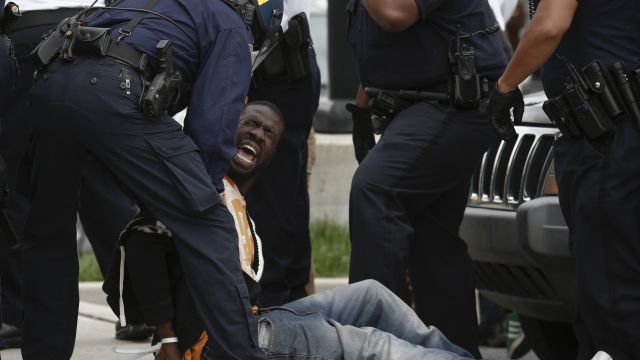 Several organizations, including the Fraternal Order of Police, contributed to a consensus policy on the use of force.

Eleven national law enforcement agencies, including the Fraternal Order of Police, have agreed de-escalation is needed in police departments around the country.

Organizations like the International Association of Chiefs of Police and the National Organization of Black Law Enforcement Executives contributed to a National Consensus Policy on Use of Force.

The policy, released Tuesday, recommends using de-escalation techniques before an officer resorts to use of force. It also advises police departments across the country to "value and preserve human life."

The Department of Justice said lack of training has led to a range of issues, including use of excessive force, within the Chicago Police Department.

Writing a de-escalation requirement into police department policies has been a point of interest for many activists across the country.

It's also been a major part of reform for departments that have faced Justice Department investigations, including Las Vegas, Seattle and Cleveland.

In Las Vegas specifically, use-of-force reforms have actually caused a significant drop in deadly force incidents across the department.

Lots of police organizations have agreed on this consensus policy. But it's important to point out that it's only a template for law enforcement agencies and in no way requires officers to change their existing policies.