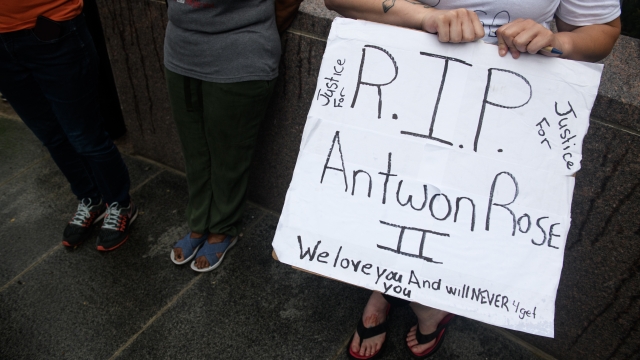 The Pittsburgh police officer charged in the fatal shooting of 17-year-old Antwon Rose II was found not guilty by a jury on Friday. That's according to the spokesman for the Allegheny County District Attorney.

Officer Michael Rosfeld was captured on video shooting Rose, who was unarmed, as he ran away during a traffic stop in June 2018. The video went viral and spurred protests over the white officer's use of a deadly weapon against an unarmed black teen.