Police: Nashville Explosion Believed To Be An "Intentional Act" 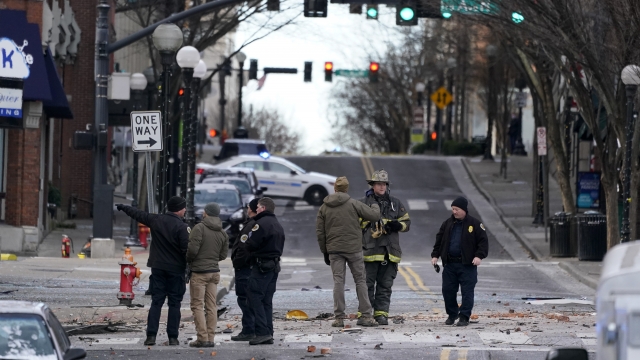 Authorities said the blast was linked to a single vehicle but they have not said if there are any injuries.

Police and fire crews are responding to a large explosion in the heart of the city.

The Nashville Police Department said the explosion was "an intentional act."

It happened early this morning. Take a look at this. Dark smoke came up from the streets and could be seen for miles. The explosion also blew out windows from nearby buildings.

Police say the explosion was linked to a single vehicle. Authorities have not said if there were any injuries tied to the blast.