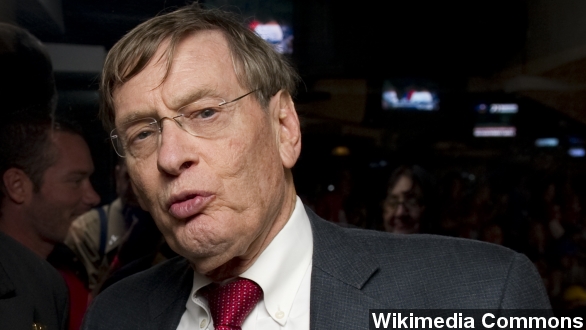 A new report shows when it comes to Major League Baseball's biggest scandal, no one's hands may be clean.

According to an April police report, Major League Baseball repeatedly ignored warnings from Florida investigators that records they sought in the Biogenesis case against Alex Rodriguez were stolen and they shouldn't purchase them.

Newsday, which acquired the report, writes: "MLB investigators bought Biogenesis records anyway, and a Boca Raton police detective investigating the theft noted that baseball officials neglected to notify law enforcement officials that they had done so for nearly eight months."

Now, for those of you who don't recall, one of the biggest complaints in the now-dropped lawsuit brought against the MLB by Alex Rodriguez was that the league had knowingly purchase stolen Biogenesis documents. (Via ESPN)

That grievance prompted the Boca Raton Police Department to reopen the case regarding the records last fall.

According to Deadspin, a copy of those records were stolen from the car of a former Biogenesis employee who had refused to sell the documents to the MLB, but promised to turn them over to the Florida Department of Health.

The April police report, written by Detective Terrence Payne, reveals he warned MLB investigators Biogenesis documents had been stolen before MLB made the purchase — something an MLB spokesperson vehemently denied.

USA Today has the statement: "We have stated repeatedly that we had no knowledge that the documents we purchased were stolen."

The Miami New Times, which first uncovered the Biogenesis program, explains the MLB recently fired five members of its investigative team, including Ed Dominguez, who was named specifically by police as being told not to buy Biogenesis records.

Alex Rodriguez's attorney refused to comment on the report, citing A-Rod's deal with the MLB not to disparage each other in the media. Detective Payne says no one from the MLB will be arrested as of now due to insufficient evidence.