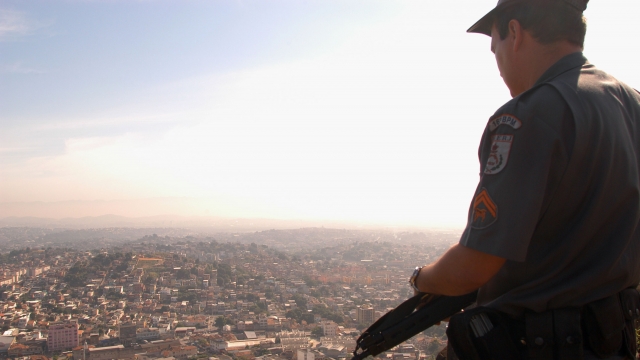 According to state statistics, police in Rio killed 469 people over the same period last year.

Police in Rio de Janeiro have killed 558 people between January and April this year.

It's the highest number of reported deaths since the Brazilian state started keeping track of them some 20 years ago. For comparison, according to state statistics, police in Rio killed 469 people over the same January-April period last year. In total, law enforcement officers killed 1,534 people in 2018.

For years, Brazil had policies in effect to reduce the number of police killings. But resources for those programs ebbed away when the country faced economic and political crisis five years ago. Since then, the number of people killed by police has increased.

But the Human Rights Watch has called on federal and state authorities to "take urgent measures to curb police killings" in Rio. The managing director for Human Rights Watch's Americas division argued the killings are actually hurting the fight against crime by making communities scared of the police.

In 2015, Rio's state prosecutor's office created a task force to look into reports of excessive force by law enforcement. Since then, the task force has reportedly charged 72 officers with homicide.