Shooting Suspect May Have Been Angry About YouTube Policies 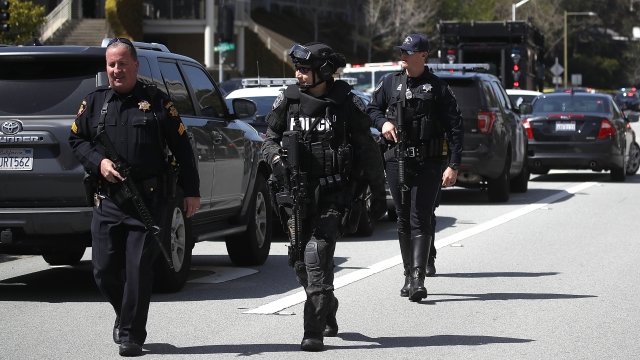 SMS
Shooting Suspect May Have Been Angry About YouTube Policies
By Newsy Staff
By Newsy Staff
April 4, 2018
The San Bruno, California, police chief told reporters the suspect was "upset with policies and practices of YouTube."
SHOW TRANSCRIPT

Police say they might know what led a female suspect to shoot several people at YouTube's headquarters.

The San Bruno, California, police chief told reporters Wednesday the suspect was "upset with policies and practices of YouTube," and authorities say they believe that was the motive behind the shooting.

Officials identified the suspect as 39-year-old Nasim Najafi Aghdam. According to a statement from police, she shot and wounded three people. Police say she was found dead of a gunshot wound.

Aghdam had been reported missing by her family before the incident. About 11 hours before the shooting took place, police say they found her and notified her family but that she gave no signs of being upset or ready to harm anyone.

Officers described her as "calm and cooperative."

Two of the shooting victims have now been released from the hospital.