Police Are 'Frustrated' By The Las Vegas Shooter's Mystery Motive 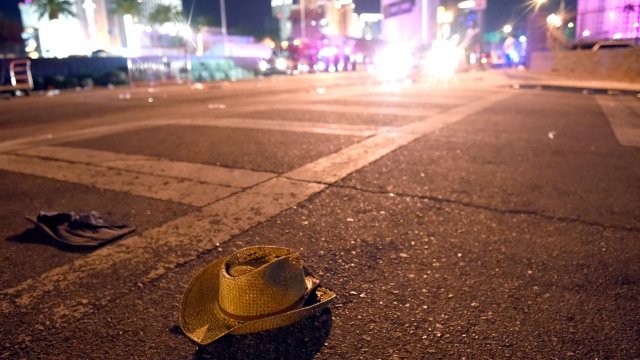 A little more than a week after the deadly mass shooting in Las Vegas, authorities still haven't figured out exactly what sparked the attack. And they're frustrated.

"It's because this individual purposely hid his actions leading up to this event, and it is difficult for us to find the answers to those actions," Las Vegas Metropolitan Police Sheriff Joseph Lombardo said.

During a press conference Monday, police updated reporters on the timeline of the shooting, the people they're interviewing and the progress of the investigation.

But as for a motive, authorities say they are still evaluating the gunman's mental state. And they don't believe there was one particular event that prompted him to kill 58 people and wound hundreds more. 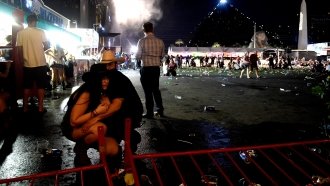 An expert told The New York Times that investigators often figure out the underlying reasons behind mass shootings. But in some of the most recent incidents, the motives are still a mystery.

For instance, a final report on the Sandy Hook Elementary School shooting in 2012 confirmed that the gunman planned the attack, which left 27 people dead. But authorities said "there is no clear indication why he did so."

And investigators never found a specific motive behind the 1966 massacre at the University of Texas, when a sniper fatally shot 14 people from a clock tower.

The FBI's behavioral analysis unit is helping with the Las Vegas investigation. A former member of that team said, "The bureau will end up with a hypothesis. Whether the bureau can prove it is a separate question."