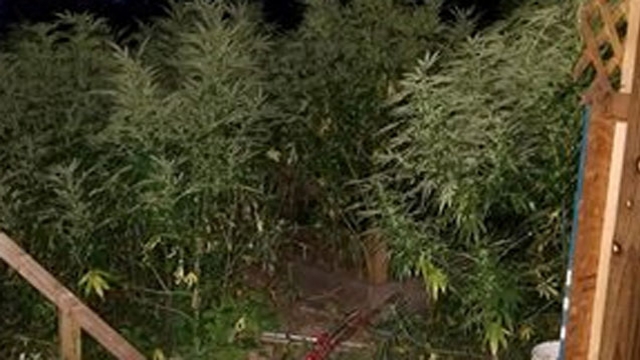 West Haven police estimate the plants were 6 to 10 feet tall and worth over $1 million.

When police in Connecticut were called to a local day care last week, this is probably the last thing they thought they would find.

That's right, marijuana plants. And about 600 of them, to be exact.

According to local station WTIC, West Haven police were called to the home day care after state child care inspectors were denied access behind a tall wooden fence in the backyard.

Police were able to get a search warrant and found hundreds of marijuana plants, which they estimate were about 6 to 10 feet tall and worth over $1 million.

Local residents say they can't believe something like this was going on right underneath their noses.

"I never knew what was going on. I mean, I saw them building a fence about two months ago. I've been here for six years, never had a suspicion or anything," neighbor Frankie Torres told WVIT.

"I should have smelled that. That's crazy. I didn't expect that. And they have a day care? Not good," another neighbor, Robson Antoine, said.

City housing inspectors immediately shut down the day care and revoked its license.

The state inspectors were originally called to the house because of poor building conditions. Police say the building has been condemned, and no one is allowed inside.

According to state records obtained by multiple media outlets, a woman named Rosalee Miller has been running the day care out of that house since 1995.

So far, no arrests have been made. But police say whoever is responsible could face multiple charges, including risk of injury to a minor and operating a drug factory.