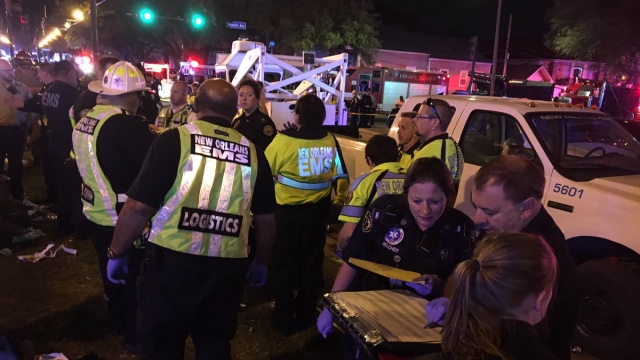 At least 28 people were injured in the incident.

At least 28 people were injured Saturday night when a truck crashed into a crowd during New Orleans' Mardi Gras festitivies.

The pickup truck reportedly hit multiple vehicles before crashing into a group of people watching the parade.

AAA Wants You To Know Just How Dangerous Drowsy Driving Is

Sleeping less than four hours is like drinking twice the legal limit, according to research from the AAA Foundation for Traffic Safety.

Police say the driver of the truck was drunk and that the incident wasn't an act of terrorism.

During a press conference, New Orleans' mayor said it's difficult for police to prevent this kind of incident. Instead, he said citizens need to take it upon themselves to act responsibly.

At least five were seriously hurt, but officials say none of the injuries are life-threatening.