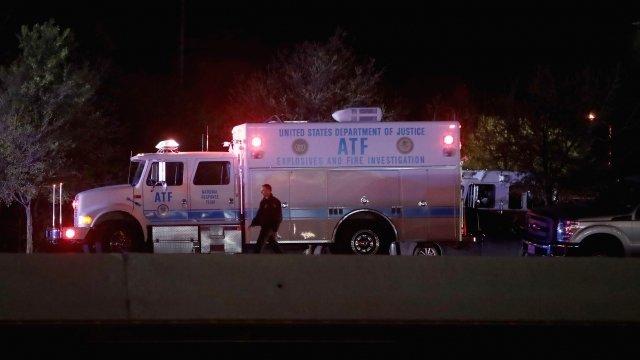 A suspect linked to a series of deadly package bombs in Austin, Texas, is dead.

Police were reportedly able to find him using cellphone triangulation and surveillance footage taken at an Austin FedEx.

The Austin Police Department confirmed officers were pursuing the suspect along an interstate when he detonated a bomb inside his vehicle and was killed.

Investigators confirmed the package bombs found at two separate FedEx facilities in Texas on Tuesday were connected to four other explosions that killed two people and injured five others in Austin earlier this month.

Police warned the public to remain vigilant in case the suspect delivered more bombs before he died.

Editor's note: Officials previously reported the suspect was 24 years old. This story has been updated.