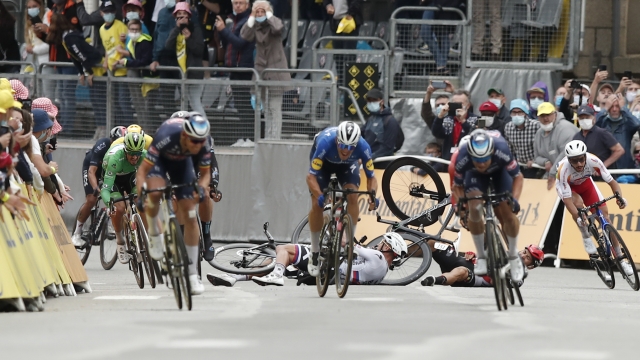 If you flee the country after causing a massive pile-up during the world's most famous bike race, police will find you.

French authorities arrested the woman accused of holding up a big sign just a little too close to the Tour de France course.

A biker crashed into the sign, creating a massive domino effect.

Prosecutors say the woman could get a $35,000 fine and prison time.