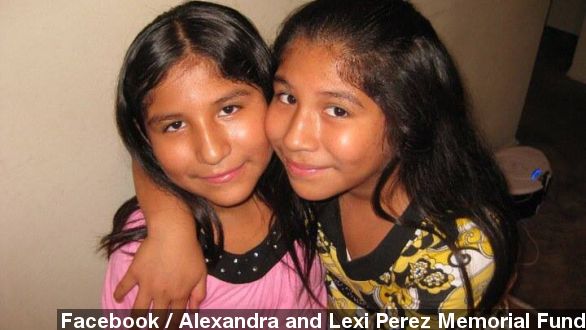 By Matt Moreno
November 3, 2014
The mayor of Santa Ana, Ca. says five people have been arrested, though police have yet to confirm that number.
SHOW TRANSCRIPT

VIA KTTV: "The accident happened around 6:45 p.m. ... in Santa Ana. The driver did not stop. The Honda CRV was abandoned later that night."

Police asked for the public's help in finding the suspects and made the arrests within 48 hours. While nearly every Los Angeles news outlet says five people were arrested, citing Santa Ana's mayor, police are still not confirming if that number is accurate.

According to a report by KABC posted Saturday night, police were looking for at least two male suspects and had collected fingerprints and DNA evidence from the Honda CRV left abandoned nearby.

While the three girls are gone, the arrests brought some comfort to their families. (Video via KCBS)

VIA KCBS: "Dozens of people held another vigil Sunday night after learning about the arrests. Andrea's mother, who doesn't speak English, says it's now in God's hands."