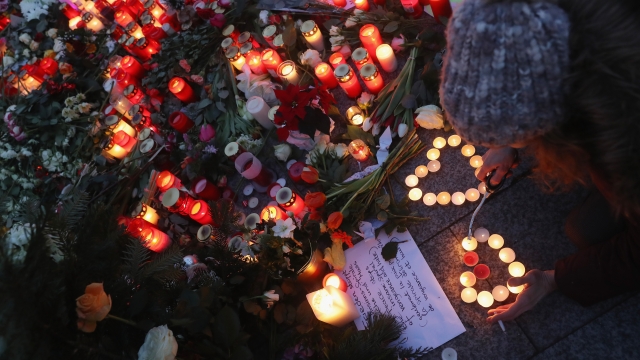 Police say they arrested a man who might have been involved in the deadly attack on a Christmas market in Berlin last week.

German prosecutors said Wednesday an unnamed 40-year-old Tunisian man was taken into custody after police searched his home and business.

Authorities say they found his number saved in the cellphone of Anis Amri, the man they believe drove a truck into the market Dec. 19. Twelve people died in the attack, and Amri was killed in a shootout with Italian police a few days later.

The finer details surrounding this arrest are still unclear, but prosecutors said they detained the suspect after "further investigations indicated that he could have been involved in the attack."

Prosecutors have until Thursday evening to decide if their case against the suspect is strong enough for a formal arrest warrant.