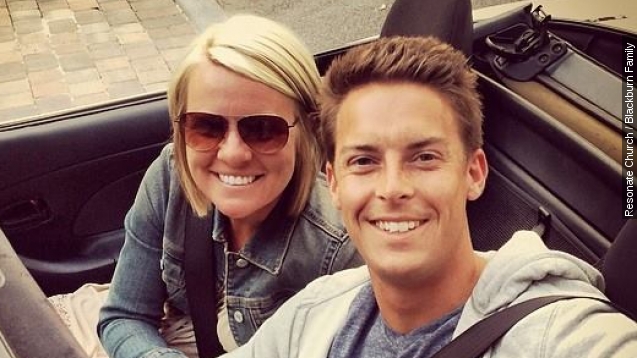 Indianapolis police have arrested an 18-year-old man for the murder of a pastor's wife during a home invasion.

Police say Larry Taylor has been charged with murder in the shooting death of 28-year-old Amanda Blackburn in early November.

WXIN reports Taylor and two other suspects allegedly entered the unlocked house at 6:45 a.m. while Blackburn's husband, Davey, was at the gym.

Two suspects then allegedly left with Blackburn's ATM card while Taylor allegedly stayed behind and raped Blackburn before shooting her. She died two days later in the hospital.

She was home with her 1-year-old child at the time and was 12 weeks pregnant with the couple's second child. The 1-year-old was unharmed.

The Blackburns moved from South Carolina to Indianapolis in 2012 to found Resonate Church. Thousands showed up to a memorial service in Amanda's honor.

The two other suspects in the case, Jalen Watson and Diano Gordan, were arrested earlier in the month for parole violations. Police say the three were believed to be involved in a string of robberies in that area, and they used surveillance footage to gather evidence.