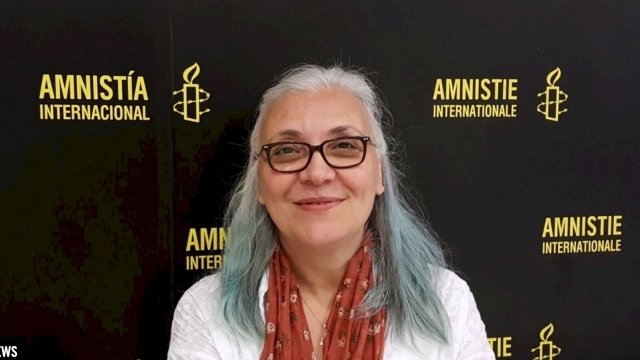 Turkish police arrested a local director of Amnesty International, along with seven other human rights activists.

The human rights organization said they were arrested "blatantly without cause." As of Thursday morning, it said it didn't know where they were and that they hadn't been allowed access to lawyers or family.

Police are allowed to prevent access to an attorney for 24 hours, but Amnesty International says access to family should be immediately guaranteed under Turkish law.

Police have jailed more than 50,000 people in the past year after a failed coup attempt. Turkey is still under a state of emergency.

President Recep Tayyip Erdoğan blamed the uprising on Fethullah Gülen, a Muslim cleric who's been in the U.S. since 1999.

A month ago, police arrested the chair of Amnesty International in Turkey on suspicion he was linked to Gülen. The organization said it was proof "how arbitrary [the government] has become."

Amnesty International says other world leaders have been "remarkably tolerant of Turkey’s human rights meltdown." It's calling for action at the G-20 summit.